Belasting Samenwerking Rivierenland (BSR) in Tiel is a good example of an interior that has been created in close collaboration with the client. The BSR project team relied on input obtained from their own project team. They had a clear picture of the desired design and appearance. Together with the technical and logistical expertise of the GRIP interior projects this led to an efficient and elegant interior. With our partner ATmR in the role of furniture supplier and workplace specialist the end-result was sucessfull and fitted the needs of the client.

BSR takes care of all tax tasks for 8 municipalities in the center of the country. BSR will send the assessments and ensures tax collection. Their new location is in the heart of Tiel. This building was partly still in use by an external party at the time of the renovation. As this party was a bank, the implementation came with many challenges. As soon as the bank has left the entire building we could implement the last phase and start installing the BSR acedemy where they share konwledgde and train employees.

Since the building owner and the client were stakeholders in this process, the project manager looked after both their interests. Defects that were uncovered during demolition and finding ways to solve these was part of this challenge. As this project was planned in phases, complete control could be exerted on the costs. For example, the budget for furniture was only released when the complete functional costs were clear.

In this project sustainabillty was key. At GRIP we made sure that many building materials were re-used. Existing carpet tiles were changed in direction and combined with new colours along with wood grained PVC. This combibation proved to be positive on both costs and general look and feel.

We used a functional core as the basis for the new layout. All neccesary spaces for meeting and concentration activites were clustered here. The workspaces themselves were close to daylight and the outer walls of the floor. In these workstations we used a mix beteween solo and collabroative variations.

BSR has taken it upon themselves to be in the lead with the design of their work-cafe. With some assistence from GRIP they transformed this space into a home for their staff. The cafe serves as common ground between departments and stimulates random encounters with each other as well as external parties.

The design is fully elaborated in 3D. For example, it is possible to move through the building before the first work has taken place. The interior design is determined on the basis of the images. 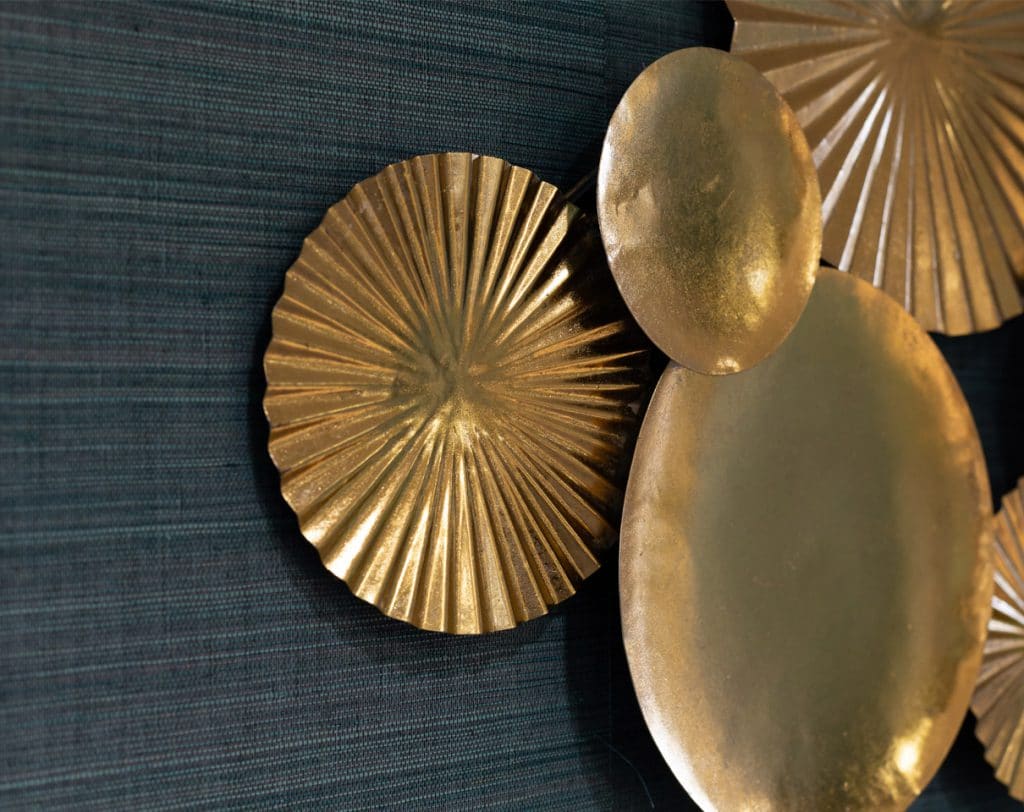 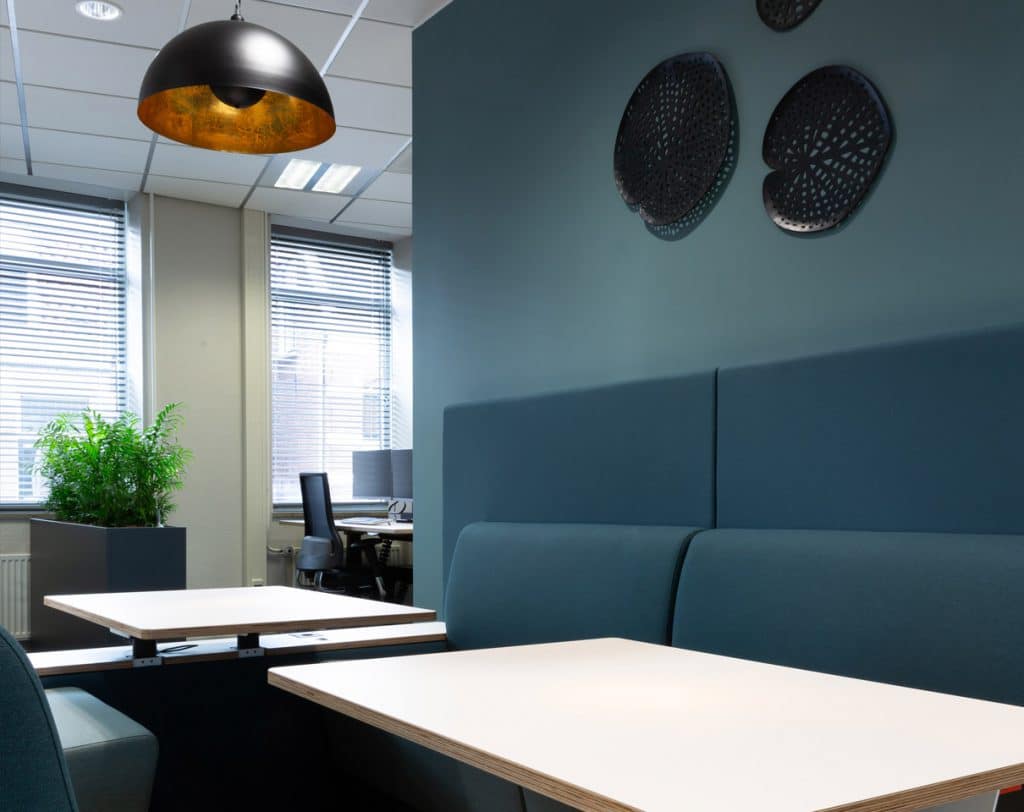 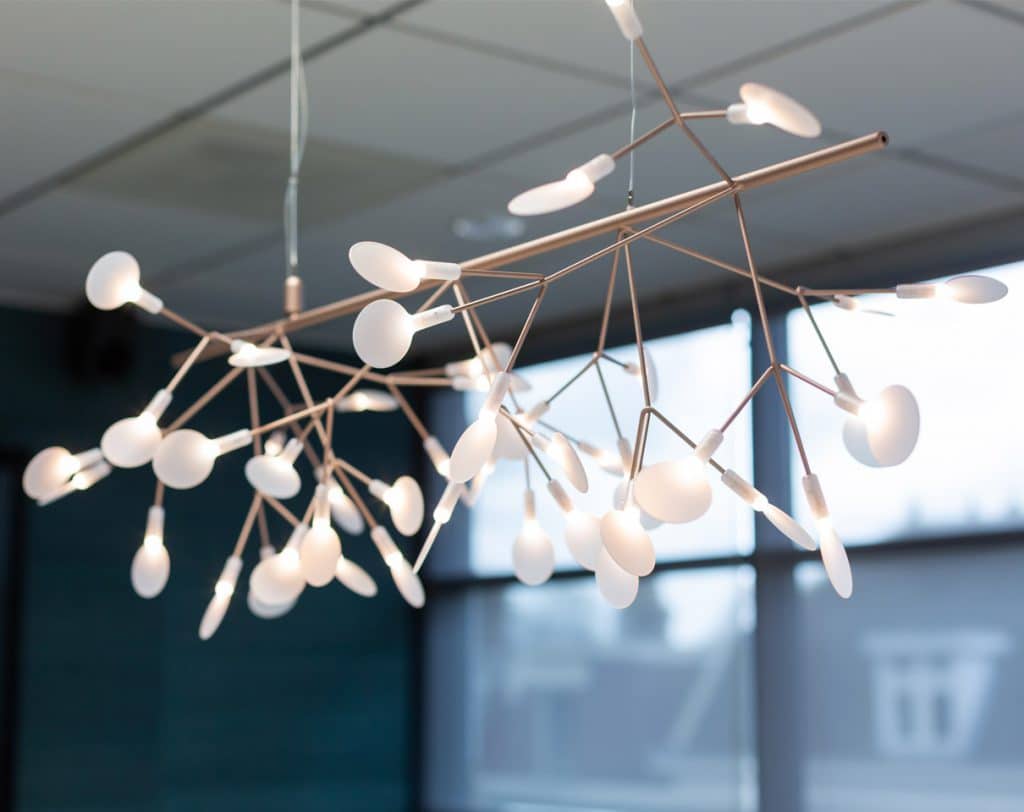 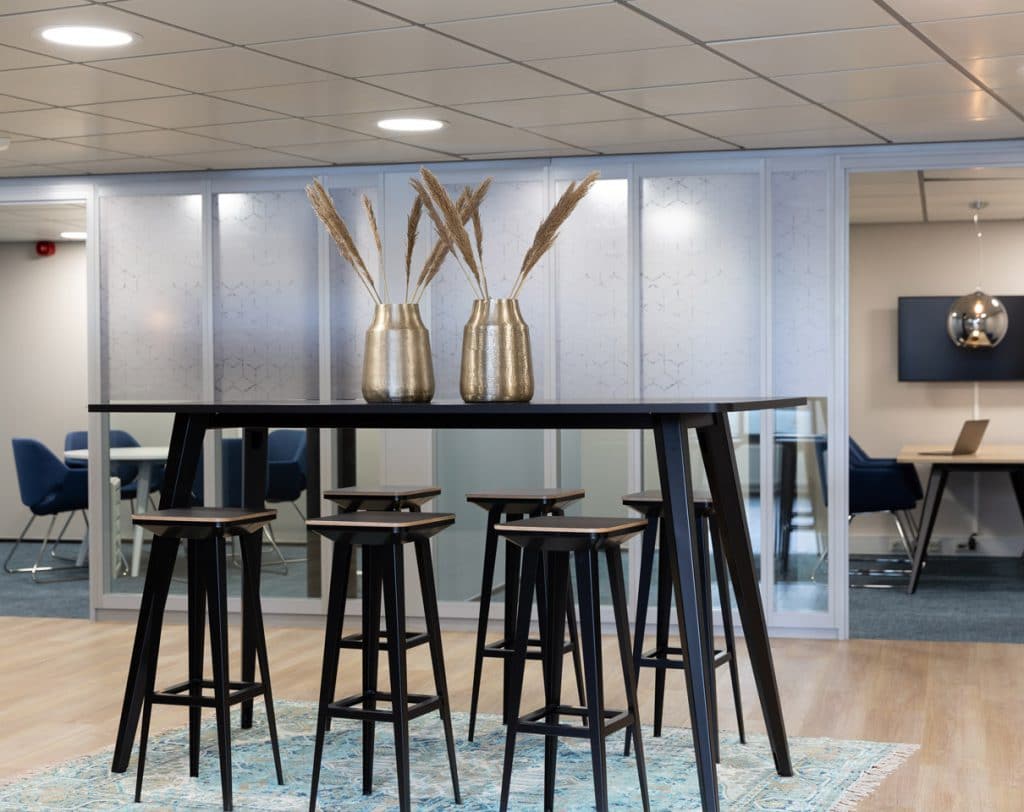